The name “Untranslate” is inspired by similar business concepts, such as the “unconference”: a meeting that is organised with a free structure and without a specific agenda. The point of discussion is determined by the participants on an ad hoc basis. We adapt this approach to translation because we don’t believe in utilising a standard method just because it’s always been done that way.
Untranslate has been helping its customers meet their multilingual communication needs since 2015. To provide ISO-certified language services, which includes translation, revision, copywriting, subtitling and voice-overs, we only work with native language professionals who have the appropriate competences, qualifications and relevant domain knowledge.

With years of experience in translation technology, our consultants use the right tools to ensure they can contribute to a more qualitative and (cost-) efficient result. We can also assist you in defining an effective language strategy and building linguistic assets such as translation memories, terminology databases and style guides.
Instead of offering a one-size-fits-all service, we take the time to work with you to find out the purpose of your communication and its intended audience, as well as other project parameters such as time frame and budget. And we do this with the objective of working out the added value of your multilingual communication strategy. We then agree with you on the most appropriate process and quality. If technology can contribute to a more (cost-)efficient production process, we will definitely adopt it.

Untranslate consists of a young and driven team that is always ready for its customers. Our mission is to achieve efficient multilingual communication with our own knowledge, experience and the latest technologies. The combination of different languages and areas of expertise is a major asset. We, Untranslators, all have a “linguistic background” and a passion for language (technology), but each with its own accent. We form a close-knit team that supports each other in word and deed. 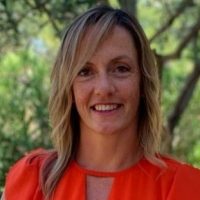 Els Van Humbeeck has more than 20 years of experience in various management positions in the media, security and HR sectors.

After obtaining a master’s degree in History and a pedagogical diploma, she chose to undertake a Management course and to study for an MBA at the Solvay Business School. A long journey travelling through Central and South America sparked her interest in language and culture. She later learned the tricks of the HR profession while working at Hudson. And she gained additional policy experience as a member of the management team at DPG Media.

Els currently supports the Untranslate team as an HR coach and Operations Manager, and is developing a personnel policy there. For her it is crystal clear: the basis of success is putting the right person in the right place and ensuring the team is motivated. This mantra has helped her manage teams, empower people, and allow them to grow and develop throughout their career. In addition, she assists in the coordination of large and more complex projects.

In her spare time, Els likes to travel. And when she’s not travelling, she loves to cook, preferably with products she has grown as part of her other passion: gardening. 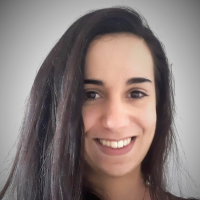 As far as she can remember, literature, languages and words have always been a passion for Elise Haja.  Her bilingual environment – French and Dutch – was undoubtedly of great influence. When she realised translation combined those three areas of expertise, she chose to make it her university major.  She challenged herself to learn new languages in addition to French, Dutch and English she already mastered, and started a curriculum in German and Russian at the École de Traduction et Interprétation ISTI – Cooremans in Brussels.

After obtaining a Master’s degree in Literary Translation, she decided to carry out a PhD research in Translation Studies applied to Russian Literature at the Université libre de Bruxelles. At the end of first professional experiences in Paris and London, she returned to the motherland and joined the Untranslate team in early 2020. She holds the position of French translator, and takes care of translating and revising a range of various types of texts.

In her free time, Elise likes to read, train her Thaï boxing, travel and broaden her knowledge about healthy lifestyle and nutrition. 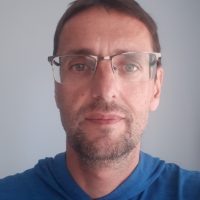 Henk Malyster realized at an early age that language and communication are important. Reading and writing almost came naturally to him, but it was only after his studies Communication Management he developed a knack for writing. He learned the ropes of the trade at the editorial staff of television magazines in the mid-1990s.

During the first internet boom around the millennium, a new world opened up thanks to the internet provider World Online. Writing for the web was not only about creating content, but also taking into account the number of hits and thinking about surfing behaviour. Another discovery: the wonderful language of HTML and XML.

Two years later, he found a nice spot as a sub-chief editor in the office of Steps Magazine and De Zondag. Eventually, he decided to work freelance, delivering content for newspapers and magazines, and long copy for company magazines. With more than 25 years of experience in creative writing, Henk knows how to effectively get a message across to any audience. Turning complex subjects into easy-to-read and comprehensible texts is his forte.

Leisure? On a bicycle, please. Preferably a recumbent trike with a comfy seat. Ideal for exploring the world. The farther, the better. And to end the day, playing guitar always resets the mind. Electric or acoustic doesn´t matter; just let it rock! 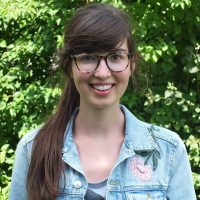 As icing on the cake, Maaike decided not to throw in the towel during the pandemic. She chose to acquire extra knowledge in the postgraduate Computer-Assisted Language Mediation. In that postgraduate, she was introduced to different language technology areas and tools. After her enriching internship at Untranslate, she stayed and she is now a permanent employee.

As icing on the cake, Maaike decided not to throw in the towel during the pandemic. She chose to acquire extra knowledge in the postgraduate Computer-Assisted Language Mediation. In that postgraduate, she was introduced to different language technology areas and tools. Now, she enjoys her internship at Untranslate to finalise the programme. 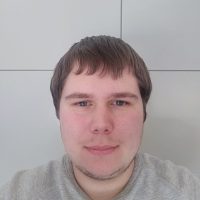 In secondary school, Jarne always chose the subject which focused most on learning new languages. He was particularly interested in English and French. That is also why he chose to take the bachelor’s degree in Applied Linguistics, with English and French as foreign languages, followed by a Masters in Translation. During his studies, he discovered his love for culture and his interest in medical topics.

Currently, he is doing an internship at Untranslate to finalize the Postgraduate Programme in Specialised Translation, in which the focus is on the language technological possibilities in translation and revision.

In his spare time, Jarne enjoys to take a refreshing nature walk or to go geocaching. But he also tries to make time to read a good book, to watch an exciting series or to travel. 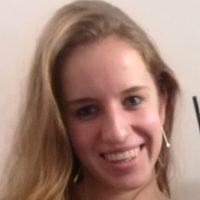 Very much like her colleagues, Maud has had an interest in languages, both oral and written, from a young age. Her great-grandmother being Flemish and not understanding French, Maud always spoke with her in Dutch, and was therefore exposed to foreign languages at an early age.

But it was her studies that really familiarised Maud with linguistic practice. She did all her six years of high school in Dutch, picked English as a second language, and also studied Spanish during her last two years. University was an opportunity for her to deepen her knowledge of Spanish and to start studying Russian. After a bachelor’s degree in translation and a year of master’s degree in interpretation at the École de Traduction et Interprétation ISTI – Cooremans, she decided to get back to Dutch by enrolling in modern languages and letters at the Université libre de Bruxelles.

This is how, at the end of her first year of master’s degree with as study languages Dutch (main language), Russian (language of specialisation) and English (optional class), Maud decided to apply to Untranslate and got hired as a student to enrich her curriculum.

In her spare time, Maud enjoys horseback riding: no wonder, given that she has owned her own horse since the age of 14. She also enjoys relaxing with a film, delving headlong into exciting books, spending some time at the gym, and, of course, travelling. 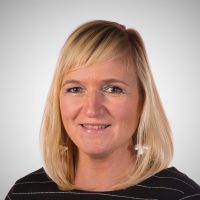 Nathalie De Sutter can look back on more than 20 years of experience in the language sector. After successfully studying for a Master’s degree in Oriental Languages and Cultures at Ghent University, and topping that off with postgraduate studies in Multilingual Business Communication at the University of Antwerp, she became acquainted with Artificial Intelligence and Natural Language Processing (NLP) for the first time. At Lernout & Hauspie Speech Products (LHSP), she worked on the development of a Text-To-Speech system for Hindi and Urdu. Before she decided to set up her own partner company within the Cronos Group in 2015, she was employed in various roles as a key account manager and consultant, while at the same time she completed various studies, also at the Vlerick Business School.

All this expertise comes in handy at Untranslate. This is because the company not only provides professional translation services, but also advice about language technology (NLP, terminology management, semantic search, machine translation and process automation). She also acts as a guest lecturer at KU Leuven, Vrije Universiteit Brussel (VUB), UGent and Université libre de Bruxelles (ULB).

In her spare time, Nathalie likes to travel, but she also enjoys spending time in the squash court and on the piste.

Take a look at our job opportunities
We rely on a permanent pool of experienced, talented and enthusiastic freelance employees who contribute to the success of Untranslate based on their cultural background, expertise and language skills. 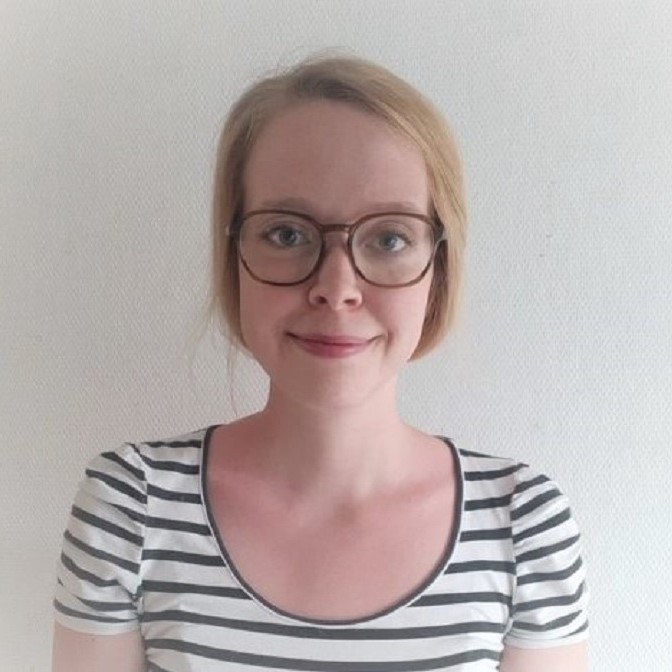 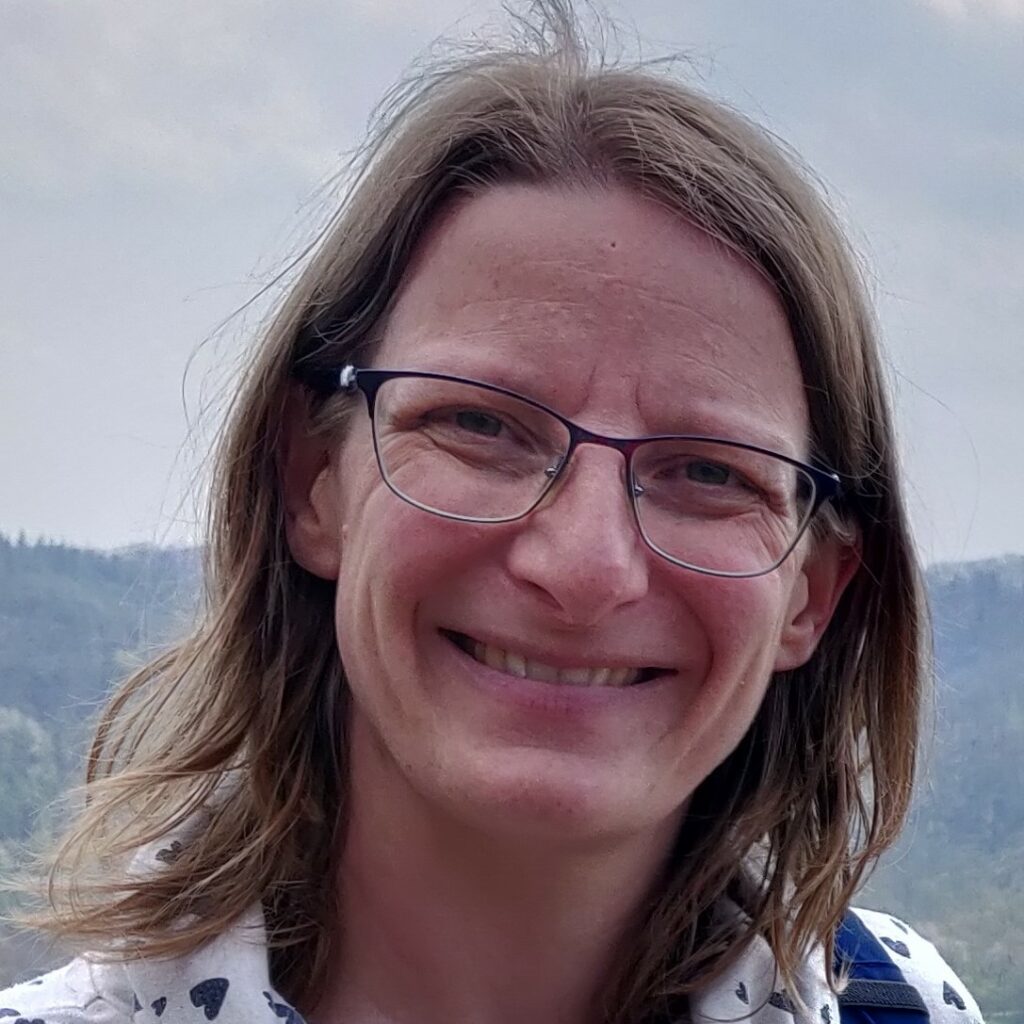 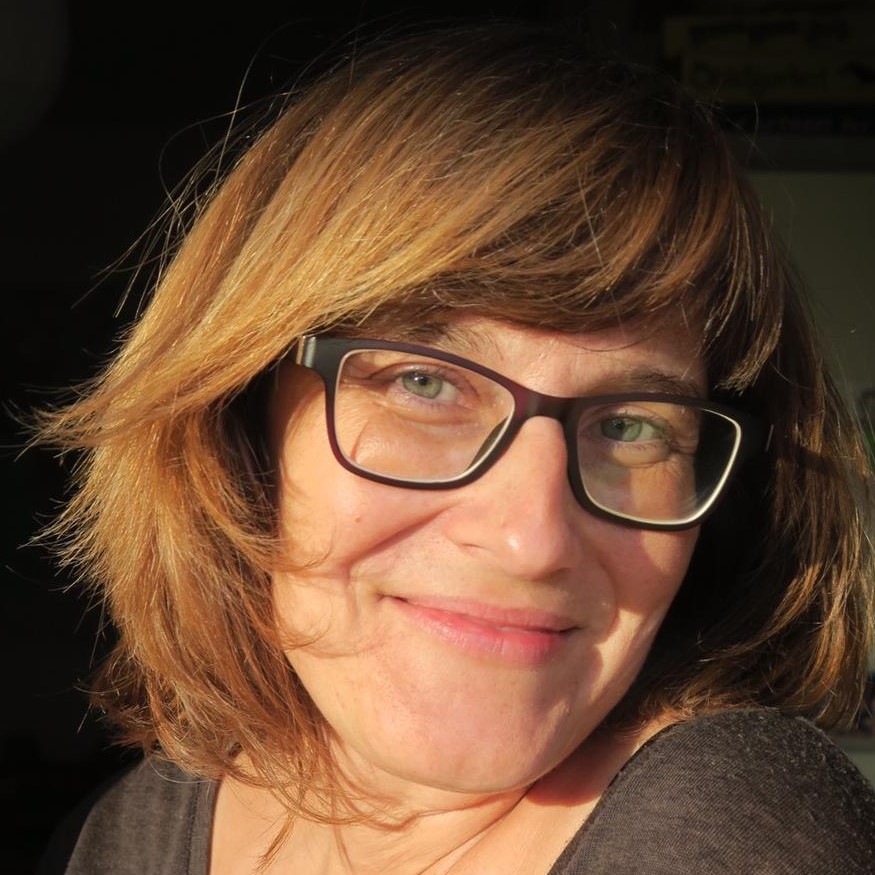 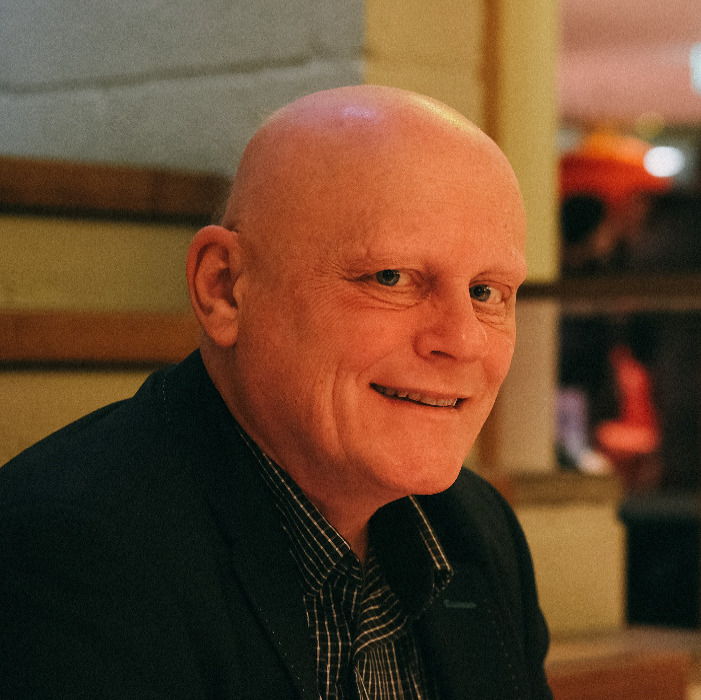 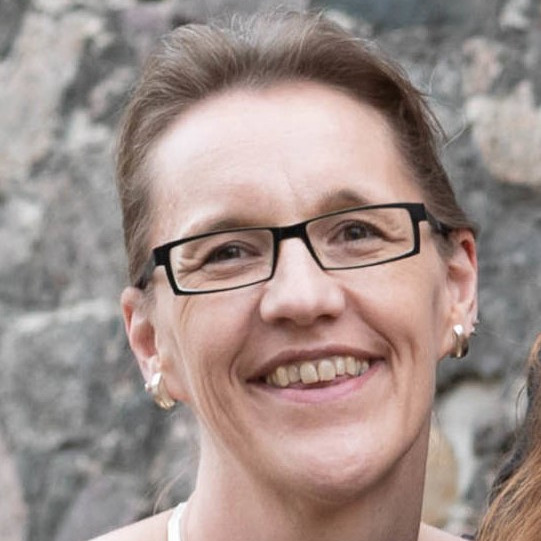 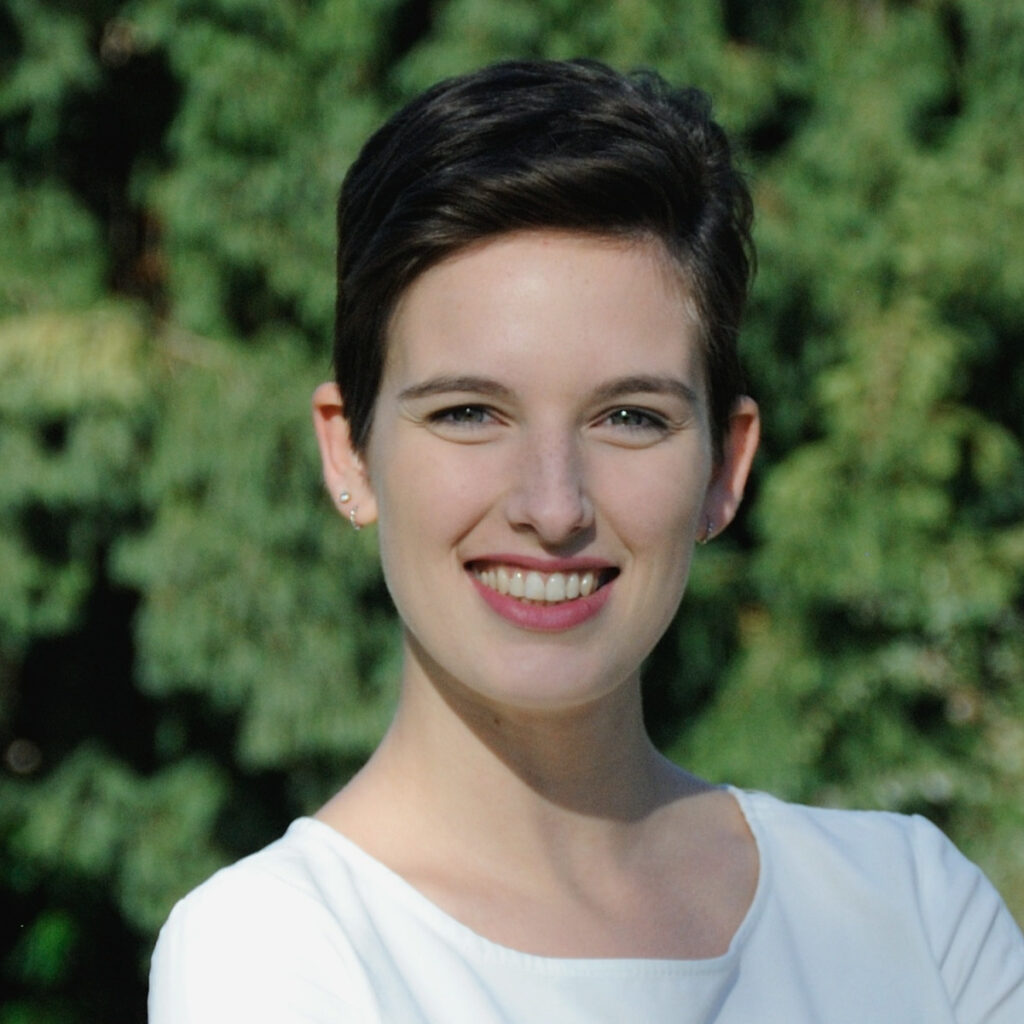 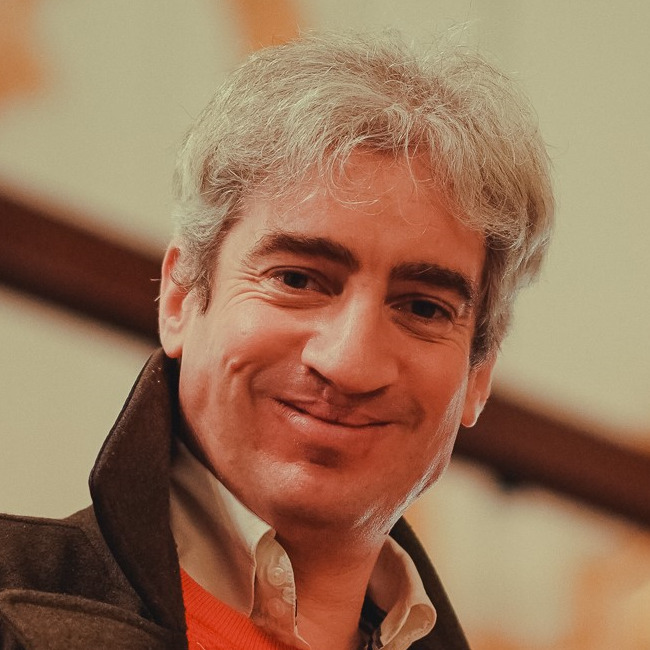 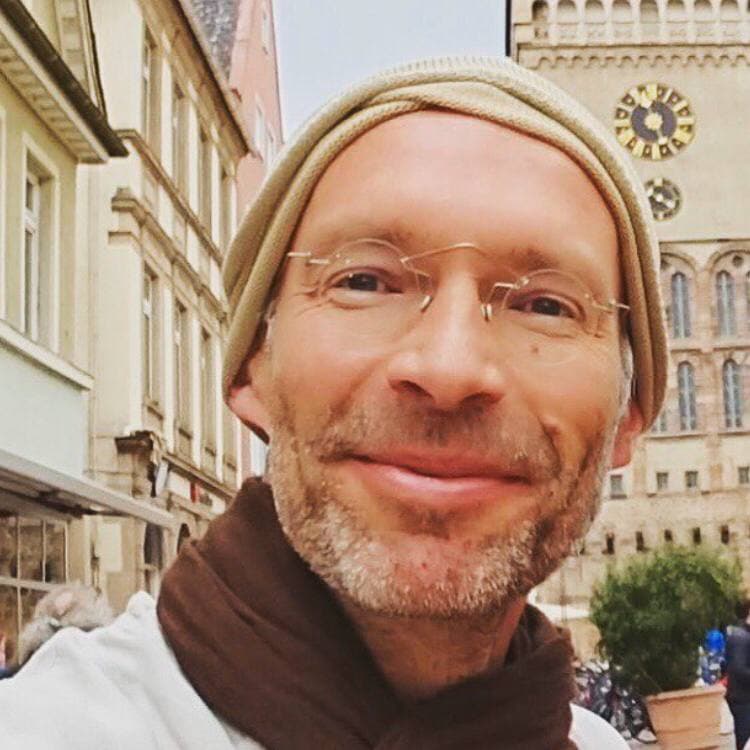 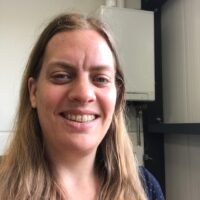 Menu
Untranslate use cookies to ensure that we give you the best experience on our website. If you continue to use this site we will assume that you are happy with it.AcceptRefuseRead more